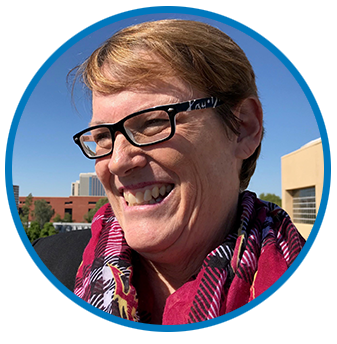 My Abuse Story: Uncovering sexual abuse among people with disabilities in Arizona

Our Voices features guest bloggers in their own words sounding off on disability issues in Arizona.

Tracey Slauterbeck has served as a social work student intern with the Council this year. She has researched sex abuse of people with developmental disabilities and is part of an effort by the Council to bring together organizations in Arizona to track and combat this type of abuse, which often remains hidden. This is her story:

I am one of many who have survived sexual abuse. The sexual abuse and neglect started for me at six years old and ended at the age of 18. This had a traumatic impact on my life. I’m here today thanks to extensive therapeutic work on myself and God.  According to the National Sexual Violence Resource Center, one in five women and one in 71 men will be raped at some point in their lives. A 2015 study by the American Society for the Positive Care of Children reported out of 7.4 million children, 8.5% were victims of sexual abuse that year.  A 2013 survey of people with disabilities found that 70% of them had been victims of abuse; among those abused, 41% reported sexual abuse. In January, National Public Radio also conducted an investigation that found people with intellectual and developmental (I/DD) disabilities have the nation’s highest rates of sexual assault.

These reports don’t include the many individuals who do not report the abuse, because either they do not know how, or they are threatened by their abuser, who could be a staff member in a group home, a family member, or other individuals within a provider agency.

I know this because it happened to me. I was threatened by my father and that is why I did not report my abuse.

Regardless of these shocking statistics, the issue of sexual abuse of victims who have a disability does not garner much public attention. We have a real issue in the United States recognizing sexual abuse and exploitation among individuals with I/DD.  Most people think individuals with I/DD do not have sex or do not even see them as potential targets of sexual abuse. To make a real change in preventing sexual abuse/exploitation and I/DD, we need to train how to identify and prevent sexual abuse in hospitals, schools, group homes, day programs, retirement homes, and fire and police departments.

We also need to train individuals how to recognize when they are being abused and how to report it.  For example, creating a chart with pictures for nonverbal people and teaching them how to use it would help communicate their needs, including telling others if they’ve been abused or exploited.

What the Council is doing

The Arizona Developmental Disabilities Planning Council (ADDPC) is hosting a series of roundtables on sexual abuse and exploitation of people with I/DD of all ages in Arizona. The roundtables intend to pull together agencies and stakeholders to discuss current research, best practices, and where we are as a state in identifying, monitoring, and training around this issue. The Council is planning to fund the research and is collecting information to draft a scope of work in Arizona to better highlight the problem and recommend practices and policies that help reduce the number of people with I/DD who have been victimized.  Stakeholders include the Department of Child Safety, The Arc of Arizona, the state's Division of Developmental Disabilities, the Division of Adult and Aging Services – Adult Protective Services, the Department of Health Services, the Arizona Health Care Cost Containment Systems (AHCCCS), Arizona Center for Disability Law, the Arizona Department of Education, Arizona Coalition to End Sexual and Domestic Violence, and AIRES, a provider with locations throughout Arizona.