AZ ranked No.1 but still long way to go for inclusion 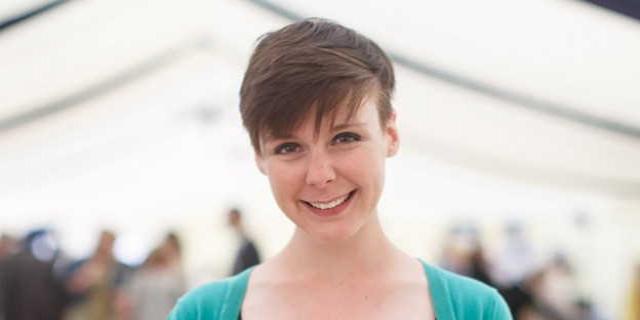 Our Voices features guest bloggers in their own words sounding off on disability issues in Arizona.

Rebecca Monteleone is a PhD student at Arizona State University’s School for the Future of Innovation in Society. She also is a Fellow of the Alliance for Person-Centered Accessible Technologies.

United Cerebral Palsy recently released its annual ranking of intellectual and developmental disability (I/DD) services across the nation, The Case for Inclusion. The publication, which uses a variety of metrics to rank how well state Medicaid programs promote independence, productivity, health and safety, quality of life, and familial relationships, awarded Arizona its No. 1 slot for the fifth year in a row.

Arizona has claimed this spot primarily for its achievements in housing – the report values “home-like” settings, and nearly 80 percent of Arizona’s residents with I/DD are currently living in the family home. As a disability scholar recently transplanted to Arizona, these glowing statistics were my first introduction to Arizona’s disability services. The statistics were impressive – I was excited to see these nationally-recognized disability services in action. However, while national media outlets laud Arizona as “the best state for people with disabilities,” I soon learned reports closer to home reveal persistent issues with transportation, employment, social inclusion, and limited choice and independence.

Here are several areas where concerns frequently emerge from Arizonans with I/DD:

The value of large-scale data collection and analysis is unquestioned. Once I was made aware of personal accounts of Arizonans articulating areas of concern, however, it became clear that there is a gap between the numbers reported and the lived experiences of individuals with I/DD in the state. Without illuminating that gap, systems with persistent issues in Arizona may be continued here or replicated elsewhere under the auspices of being the best available. That idea is extremely troubling. The Case for Inclusion is a valuable resource, but it appears to have failed to capture much of the lived experience for Arizonans with I/DD.

While great strides have been made since the days of compulsory institutionalization, it is crucial to cast a critical eye at the current state of community inclusion and independence for Arizonans with intellectual and developmental disabilities. As a new Arizonan, I hope to amplify the voices of individuals with I/DD in the state. I believe the perspectives of people living with I/DD in Arizona should be the most significant voices in these evaluations in order to develop the most comprehensive and beneficial support systems possible.