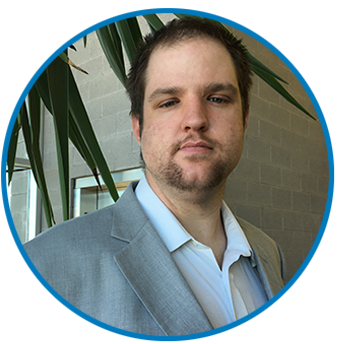 Tucson resident Justin Hammonds recently won an Outstanding Achievement Award from Beacon Group in Tucson to recognize the outstanding progress in pursuit of his job goals. It was a celebratory moment, and a long time coming.  “Justin was chosen based on his persistence along the path to his current job, and his exceptional performance,” said Heidi Kirkland, marketing director at Beacon.

Justin works at the luxury hotel JW Marriott Tucson Starr Pass Resort and Spa. His journey through different types of employment provides a snapshot into the way some people with disabilities obtain jobs. It can be a winding road with twists and turns, but certain skills are important to cultivate along the way. The most important skill? Perseverance.

And Justin has lots of it.

His job story begins as a wide-eyed high school graduate 10 years ago. He wanted to serve in the Marine Corps, keeping up a long family tradition of military service. But the recruitment process soon ended that dream by disqualifying Justin because of his disability.

So Justin began volunteering at an Oro Valley retirement home cleaning hallways. He then joined Beacon Group as a paid staff member at the Beacon Value Village Thrift Store. “I thought I could get into retail and marketing,” Justin said. He worked as an electronics testing and analysis technician.

After two years serving as the technician, Justin transferred to working as a cashier with the help of a program manager. Talking with customers was his favorite part of that job. “They gave me a sense of community that contributed to the work environment,” he said.

The thrift store was not a competitive job; while workers received at least minimum wage per hour, there was always a job coach on-site and people with disabilities made up the majority of the workforce there.

But after four years, the thrift shop closed its doors, and Justin “was pretty much out of a job," he explained.

Program manager Jessica Winchester said after the shop closed, Justin worked at Beacon Group while he received services to help him find another position that better matched his goals.

“We were trying to find another job for Justin, but in the meantime, he used the training services here and worked at the custodial program,” she said. That is what’s called “group-supported employment,” where people with disabilities work in crews to accomplish work tasks at community work sites, such as the Sunnyside Unified School District. That became Justin’s job for six months.

He then moved to a higher paying federal subcontractor position on a landscaping crew at the federal courthouse in downtown Tucson. “At the time I was making $14 an hour,” Justin said. “I got to meet lawyers and judges. They were really nice individuals.”

On the job, Justin experienced regular workplace challenges. “We had a couple of individuals who would fall behind on work and I would motivate them to keep up,” he said. “I was really good at doing that.”

He soon felt it was time to move on to a different federal job at the courthouse.

But the government lost his background check paperwork due to cyberattacks. “I got lost in the system due to that,” Justin said. “They lost my info, they lost my application. It was like being assaulted in some way.”

So his support team began job searching with the state Vocational Rehabilitation agency.

“I applied to a major retailing organization known as Sears,” Justin said. “I thought, maybe I should give my cashier experience a whole new swing into a more competitive state. But what happened on the interview is that I got so nervous I didn’t know what to say. Since I was really good at motivating others, I needed some motivation myself. Applying to different corporations--that is really tough on individuals who want to apply to a real job. I’ve been so used to Beacon Group.”

A job developer named Joe helped Justin with interview skills after the Sears incident. “We did a couple of practice sessions,” Justin said. “It was tough and trying the first time, but once you get used to it, it made my confidence go straight through the roof. Me and Jessica found a real interview at a major resort here in town."

They picked the resort, and he applied for a stewarding position.

When it came time for the resort job fair, it was time to put Justin's newfound interview skills to the test.

There were other skills that came into play, too. “I used to speak three different languages,” Justin said. “Primary English, secondary Spanish, which I picked up in Value Village, and tertiary, I learned a little bit of French on the side.”

Justin wrote on his application that he speaks Spanish fluently.

“Yeah, I was a little nervous about it,” said Jessica. “They decided to conduct the interview in Spanish.”

Needless to say, the interviewers were impressed with his language skills and hired him to come work at the resort.

Now 18 months into the job, he does dishes, takes out trash, and works in the kitchen. He works about 35 hours a week.

Justin calls working at the resort a life-changing experience.

“It really built up my confidence levels,” Justin said.

Now, his support team checks up on him via job coaches with the Division of Developmental Disabilities. “We just go in and check in with him and his manager to make sure everything is really flowing still,” Jessica said.

He even picked up new words from other languages. “I learned how to speak a bit of Arabic,” he said, thanks to his Syrian co-workers.

“The cool thing is that he’s been through a lot and seen multiple sides of work,” Jessica said. “One of the biggest characteristics Justin has is perseverance and just being able to keep going and looking for that next job.”

And that award Justin earned in December? It was presented by Justin’s JW Marriott supervisor who commended him on being an asset to their organization. She also highlighted his exceptional communication skills.

His future goals may come with more challenges, but Justin is determined: “There is going to be new pressures that will come your way and you better be prepared for that.”