PHOENIX – A new statewide collaborative project to better engage people with developmental disabilities, their families and their communities on issues related to employment, health, and social connection is being launched in April by the Arizona Developmental Disabilities Planning Council.

The ADDPC project, called Partners For Progress: Together We Make A Difference, will include public discussions in 10 Arizona communities during April and May to build local and regional partnerships to better identify obstacles and possible solutions for people with disabilities.

Disabilities directly impact one in three Arizonans – more than 2.2 million people – either personally or as a caregiver, according to a 2015 poll by Arizona State University’s Morrison Institute for Public Policy, which is co-managing the project with ADDPC.

“The dynamics concerning people with disabilities are as complex and varied as the related issues of child and adult foster care, the criminal justice system, guardianship, civic participation and voting, employment and benefits – the list goes on,” said Erica McFadden, Ph.D., senior policy analyst at Morrison Institute and a recognized expert in this topic area. “We need to pull together to approach problems and opportunities from a position of strength as a team.”

Local input is vital to the Partners for Progress project’s success. Regional leaders, elected officials and community members can provide valuable feedback by attending the forums to help ADDPC establish workable plans and build relationships to jointly address challenges and priorities. Project organizers are placing special focus on underserved groups such as children with disabilities in foster care, inmates, Latinos, Native Americans and the elderly.

“We’ve worked hard to seek out clear data about the current state of disabilities in Arizona,” said Larry Clausen, ADDPC executive director. “Over the next five years, we want to focus on the highest-priority challenges facing Arizonans with developmental disabilities. But we can’t do that without hearing directly from stakeholders about what their local communities need most. This tour is our final but most important step in that process.”

Founded in 1982, Morrison Institute for Public Policy is Arizona’s premiere think tank. The Arizona State University resource has a long history of nonpartisan, independent research and analysis, as well as public outreach via panel discussions and community forums, digital platforms and coverage by local, state and national news media. Morrison Institute is part of the ASU College of Public Service and Community Solutions.

Where we are headed next: Tucson 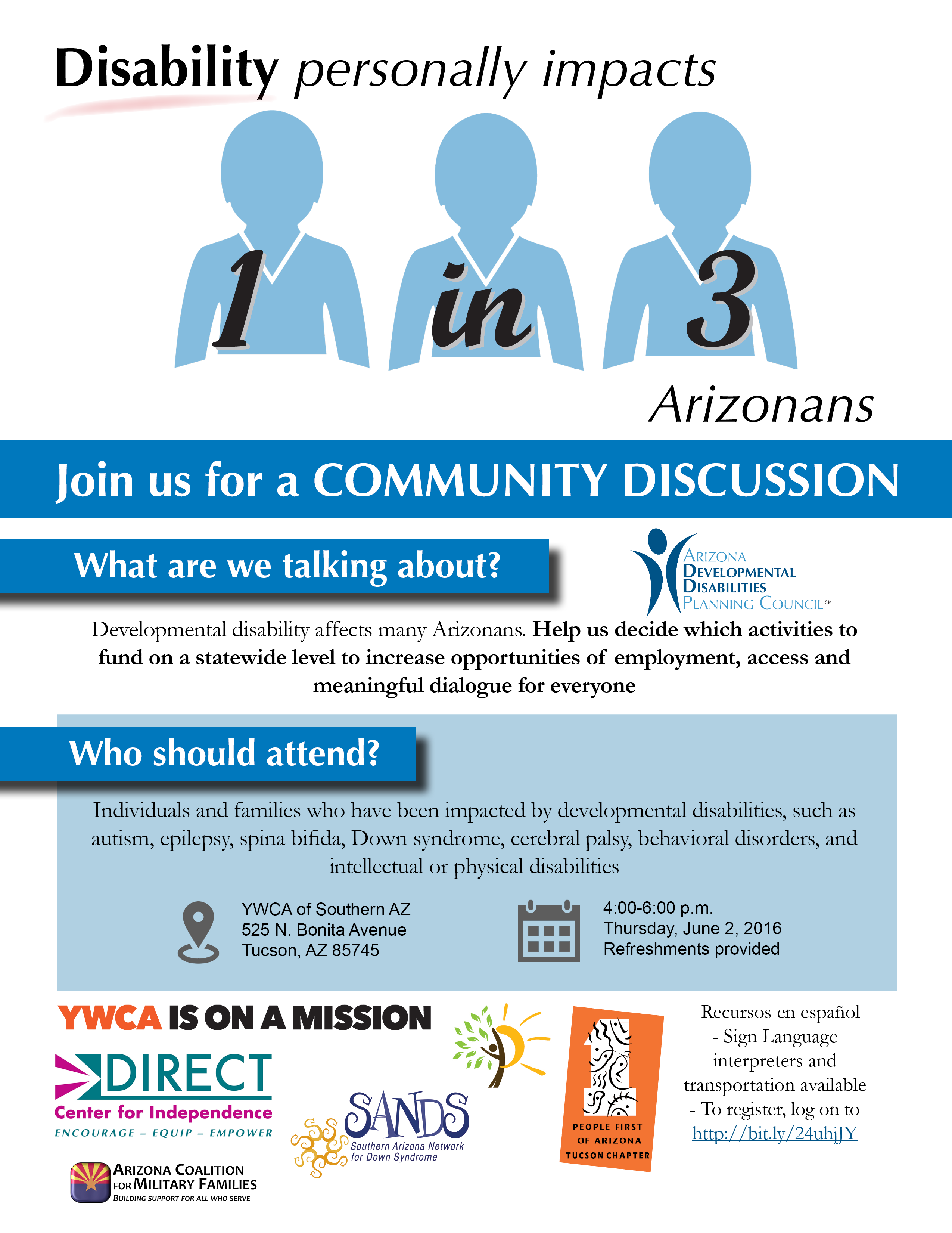